Carboxytherapy refers to the cutaneous and subcutaneous administration of carbon dioxide gas [CO2] for therapeutic purposes. Carboxytherapy originated at the Royal Spas of France in 1932 with the treatment of patients afflicted by peripheral arterial occlusive disease. In South America and Europe, carbon dioxide therapy has been applied to the treatment of stretch marks, cellulite, and hypertrophic scars with impressive results. Studies have demonstrated that carboxytherapy improves skin elasticity, improves circulation, encourages collagen repair, improves the appearance of fine lines and wrinkles, and destroys localized fatty deposits. Carbon dioxide is a natural constituent of our very being. We breathe in oxygen, and we exhale carbon dioxide. Plants take up the carbon dioxide, and in turn give us the oxygen that we need. There are no known risks associated with carboxytherapy. Carbon dioxide injection.

Stretch marks [striae distensae] are characterized by wide linear bands of discolored or wrinkled skin that occurs in areas of collagen damage due to stretching. Striae are usually found on the abdomen, buttocks, thighs, and breasts. Women develop striae more commonly than men, and striae are seen in 90% of pregnant women due to a combination of hormonal factors along with increased stress on the collagen and elastin in the skin. Some studies indicated that striae are a form of scar tissue that forms in response to collagen rupture and elastic fiber changes. Two types of striae are described, newly formed, reddish colored “striae rubrae” and older, white “striae albae.” The treatment of striae distensae has been challenging and various modalities have been studied. These include topical retinoids (Retin A), microdermabrasion, intense pulsed light (IPL) and fractionated laser skin resurfacing. Although striae are thought to be a result of collagen rupture and breakdown during stretching of the skin, until recently, few treatments actually targeted the root cause of the striae formation, the damaged collagen in the dermal layer. Furthermore, laser and light modalities are not safe for individuals with darker skin tones. Carboxytherapy is the only treatment available for both old and new stretch marks that visibly repairs the broken collagen and is safe for all skin types. Carboxytherapy causes the formation of new collagen and subsequently thickens the skin to improve the appearance of the stretchmarks by rebuilding the collagen matrix.

Cellulite refers to the lumpy fat bulges on the thighs and buttocks of over 95% of the normal female population. There are many reasons why most women are predisposed to cellulite whereas the condition is much rarer in men. To begin with, the underlying structure of the skin is different in males versus females. Male skin tends to be thicker and the fibrous septae has strong cross-linking of the connective tissue. Females have thinner skin and no cross-linking of the underlying septae. Women have more fat layers than men, and the subcutaneous fat layer in women is regulated by hormones and does not respond to diet and exercise. The female hormone estrogen causes these fat cells to store fat, whereas the male hormone testosterone stimulates the fat cells to break down fat. So, women are genetically superior at storing energy in the form of fat to provide energy during pregnancy. Women also have a higher percentage of body fat in the areas of the thighs, hips, and abdomen, and these fat cells are resistant to diet and exercise. Directly beneath the fat layer there is a layer of connective tissue comprised of collagen called the “fibrous septae.” When the fibrous septae becomes damaged, the subcutaneous fat cells are pushed through the damaged regions and are squeezed into small bulges that give the overlying skin the “puckered” or “dimpled” appearance that we call cellulite.

Women have tried numerous therapies to eliminate their cellulite including various creams, endermologie, lymphatic drainage massage, etc to no avail because none of these therapies correct the underlying physiological problems of poor circulation and damaged collagen septae. Two therapies that have shown promise in eliminating this difficult problem are the Thermage CL cellulite tip and carboxytherapy. Carboxytherapy was originally used for aesthetic purposes by the Brazilians to sculpt residual post-liposuction fatty deposits above the knees and histological studies showed that the fat cells were ruptured by the CO2 gas while leaving the remaining skin structures and nerves unharmed. Collagen remodeling was also shown to occur, as well as thickening and smoothing of the overlying skin.

Carboxytherapy can dramatically improve the appearance of dark under-eye circles. Although sometimes caused by darkened pigment, or a hollow depression below the lower eyelids [tear trough deformity], the majority of dark under-eye circles are caused by poor circulation beneath the lower eyelids [vascular pooling]. Dr. Zdinak designed and conducted the first study in the English literature using carboxytherapy for rejuvenating the under- eye region. She found that by injecting a small amount of carbon dioxide gas just beneath the skin of the lower eyelid, circulation was increased and dark under-eye circles were markedly improved. The treatment takes only five minutes, and is virtually painless and risk-free. A series of 2-6 treatments spaced one week apart is all that is required to achieve a great result.

Established in 2007, the Sahara Medical Institute has a twofold mission -- to provide the latest skincare and body treatments to help our clients look and feel their best, and to provide the highest quality pediatric care for our younger patients in the Las Vegas area.

Sahara Medical Institute is led by Dr. Francisco Peraza, M.D, who has been practicing medicine for over 20 years. Dr. Peraza earned his Doctor of Medicine from Instituto Superior de Ciencias Medicas de la Havana in 1991 Cuba (with license in Nevada since 07/2007), where he also became a First-Degree Pediatric Specialist. "Today was my first consultation and I loved it! Thanks for your attention, all of you are very kind! Merry Christmas and Happy New Year!"

"Excellent attention! The staff was very attentive as well as the doctors. I recommended them!"

"This site, I don’t just like it, I love it! It gives you many tips about health and beauty. And as Marisol says, “Beauty is not a luxury, it is a necessity of the soul.” I love the Sahara Med"

"Everything is very clean."

"As always it was wonderful!"

"Wonderful, very efficient and very professional yet with a touch of human kindness which is rare to find nowadays! "

Specials of the Month 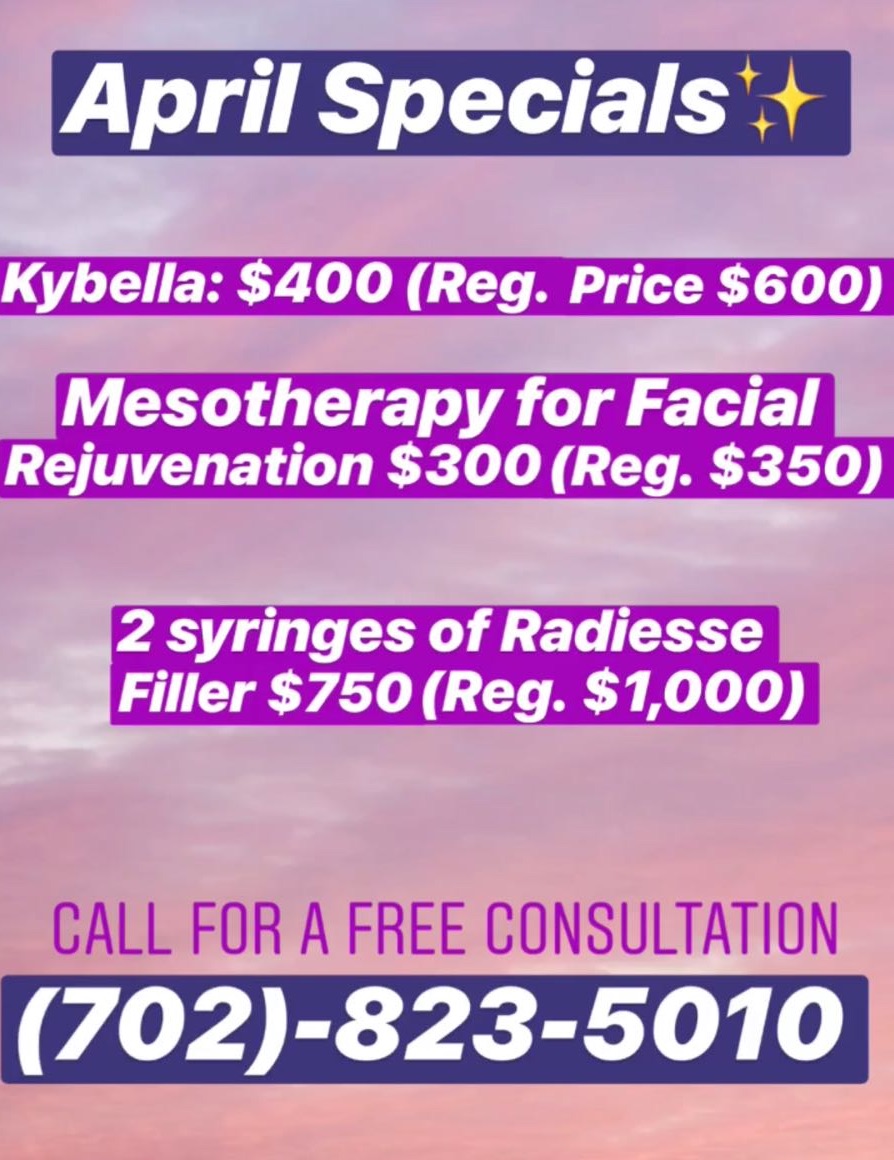